In the Name of Love for Loft Architecture 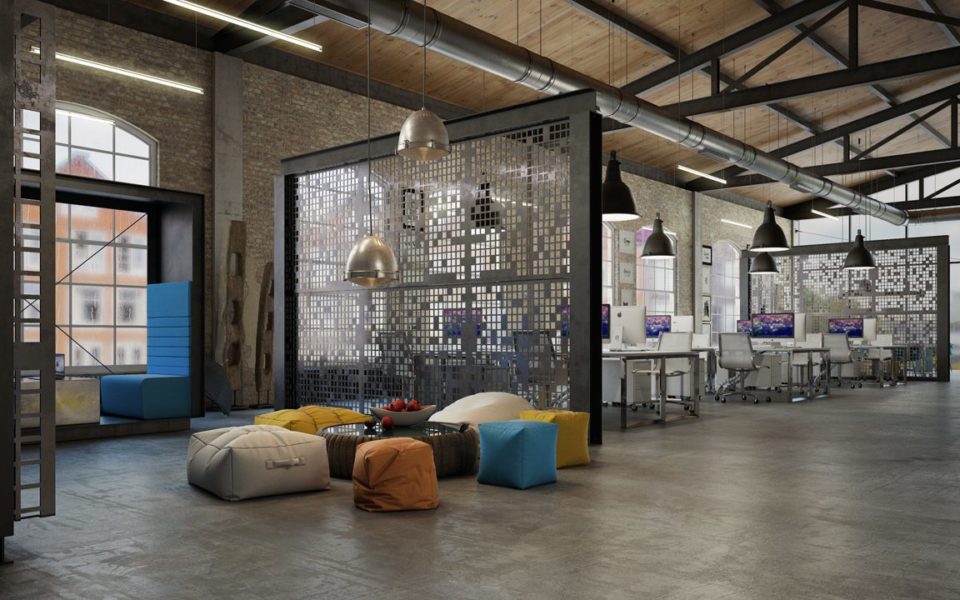 Office lofts came to Moscow fairly recently, back in 2003-2004. Among the first and most notable loft projects worth mentioning are Samokatnaya 1, one of the first offices of Yandex (Яндекс), office of L'Oreal (4th Golutvinsky Lane 1/8), Krasnaya Rosa (Timura Frunze Street 11), Novospassky (Derbenevskaya Nab. 7), Lefort (Electrozavodskaya Street 27) and Stanislavsky Factory (Stanislavskogo Street 21). We have already highlighted some of these projects in the previous articles.

Lofts are generally defined as formerly industrial or warehouse spaces redesigned and rezoned into residential or office space featuring high ceilings, exposed original red brickworks, naked beams and columns, and the overall feel of minimalism such as an open space plan, open ceilings free of any coverings or suspended ceiling tiles, and the hanging overhead light fixtures. The walls are also exposed radiating rough original colors of the old design and construction, and the floors are typically finished with wood or not finished at all, just the screed, or anything else except for the standard boring carpet tiles, again intending to push the envelope of non-conventional office space. The loft space is perfect for commercial use creating both some pleasant homey comfort and the right environment for teamwork, collaboration, and productivity. 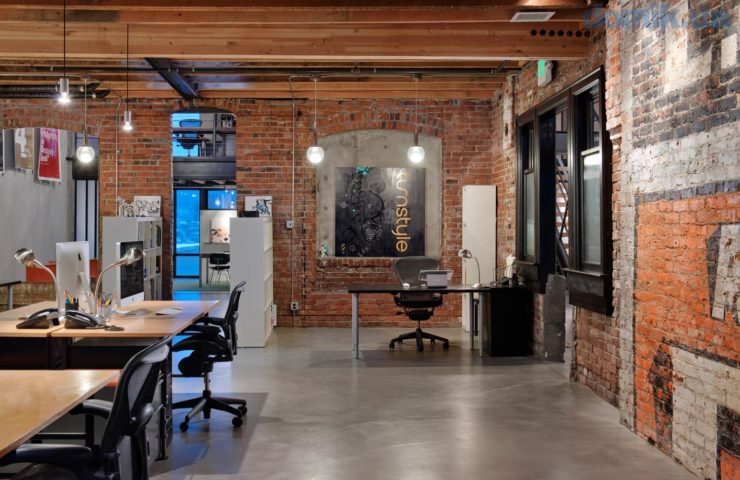 For these aesthetic and functional features, loft spaces are sought after by marketing and communication firms, advertising and PR agencies, architects, those who organise events and show rooms, and many other occupiers including manufacturing companies, IT/ app and software developers, etc. etc.

So how to find and lease the perfect loft in Moscow that is both sleek and affordable? All offices are generally broken by class or type of real estate and location. Even though Moscow is divided into several business districts, the majority of property search is filtered by 3 commonly used benchmarks: 1) the Garden Ring; 2) the 3rd Ring Road and 3) inside or in the vicinity of MKAD, suburban locations on the border of Moscow and satellite cities such as Khimki, Mytischi and the like. Depending on the location and the building class prices and rental rates vary accordingly: the more central and classy, the higher the price tag. Despite numerous efforts and attempts by market players, there has been no universal system for rating office spaces and buildings allowing you to compare and choose the right option that best meets all of your essential needs. To add a few more complications into the pot of decision making process, the decisions we make are frequently driven by emotions rather than common sense, efficiency and cost of the available space. It is not uncommon to come across office properties located outside MKAD costing more money than comparable options located in the center of Moscow. This phenomenon is explainable by the existence of the niche demand ready to pay premium rental rates. 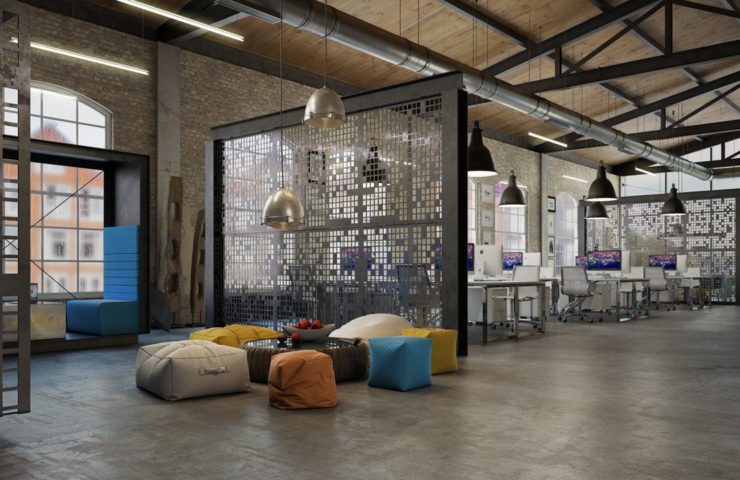 The same thing goes for locations. There are a number of good yet undervalued locations. Take for example Baumanskaya location offering a choice of inspiring and inexpensive office lofts ranging from ₽24,000 to ₽25,000 per square meter per year all inclusive for finished and ready to go space. Baumanskaya Street (formerly German Street) begins from Olkhovskaya Street and ends at Radio Street crossing along the way a number of busy thoroughfares and quiet side streets of the former European settlement better known as the German Sloboda, a place where the Dutch, German and other expatriates moved, resided and built their businesses from as early as 18th century. It is now home to a good number of office buildings including lofts and office mansions, for example Platforma, Central Yard, Loft on Bauanskaya Street, Baumansky Courtyard, Denisovsky 26 to name a few. Closer to Kurskaya area, there is Arma Zavod, a large loft development totalling more than 50K square meters of loft space occupied by various office users and retailers, and Art Play and Vinzavod down by the Yauza River. Slightly to the north you will be able to find Krasnoselsky Business Center, Burevestnik and the new loft project called Red Arrow.

In addition to lease, some office lofts located at Baumanskaya are offered for sale marketing as small as 50 square meters which is quite rare in this market and yet very popular among those who are seeking a small space to own.

As far as the infrastructure and amenities goes, literarily across the street from number 11 there is a huge food court called Gastrofarm offering all kinds of lunch options and a variety of places for coffee and tea and where you can pick a bottle of red wine and organic cheese. On the way to Baumanskaya metro where Baumanskaya street meets Spartakovskaya street, there is a shopping center called Elokhovsky Passage with a row of shops and eating places located in the pedestrian gallery on the ground floor. And right near Baumanskaya metro you will be able to choose almost anything to satisfy your appetite and your budget ranging from McDonald's to various pubs and coffee shops permeating seductive aromas of street food on the open verandas of summertime Moscow.

Vehicular accessibly and public transport for Baumanskaya and Krasnoselskaya areas is also one of the best in Moscow providing easy and quick access to the center, the Garden Ring and other parts of Moscow leading east of the Kremlin. Both metro stations are just one stop away from the brown line (the circle line). There are a number of trams running along Baumanskaya street in diverse directions including Kursky train station, St. Petersburg-Yaroslav-Kazan train stations, Sokolniki and Lefortovo. It has direct and quick car access to the embankment of the Yauza River which upon entering the Garden Ring becomes the embankment of the Moscow River leading to China Town and the heart of Moscow, continuing further west past the Kremlin and the Gorky Park. And of course the popular 3rd Ring Road also recently built to serve as a support turnpike connecting major spike roads and highways via numerous exits. 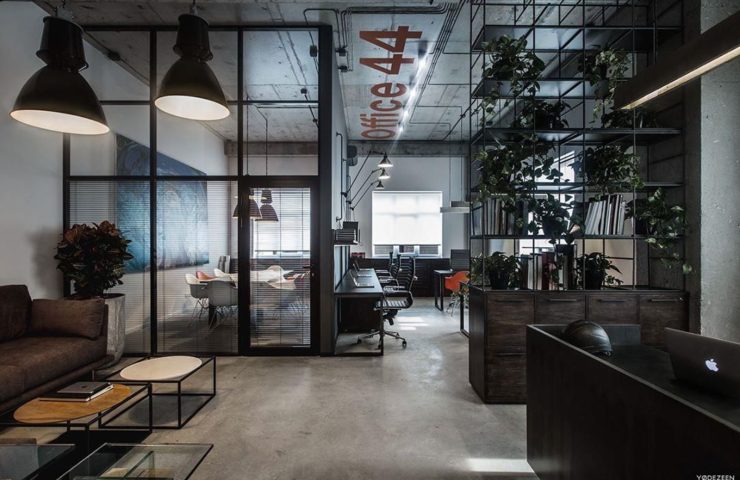 Baumanskaya is one of the oldest and beautiful districts in Moscow. For the past 10 years it has undergone a lot of good changes and facelifting. It is also worthwhile noting that most of the developers are painstakingly trying to restore rather than demolish and build from scratch, carefully preserving the skyline of historic Moscow including the abundant loft architecture.

Hugo Boss has recently moved in to a new office at Neva Towers in Moscow City. The office is located…