The Best of Red Bricks 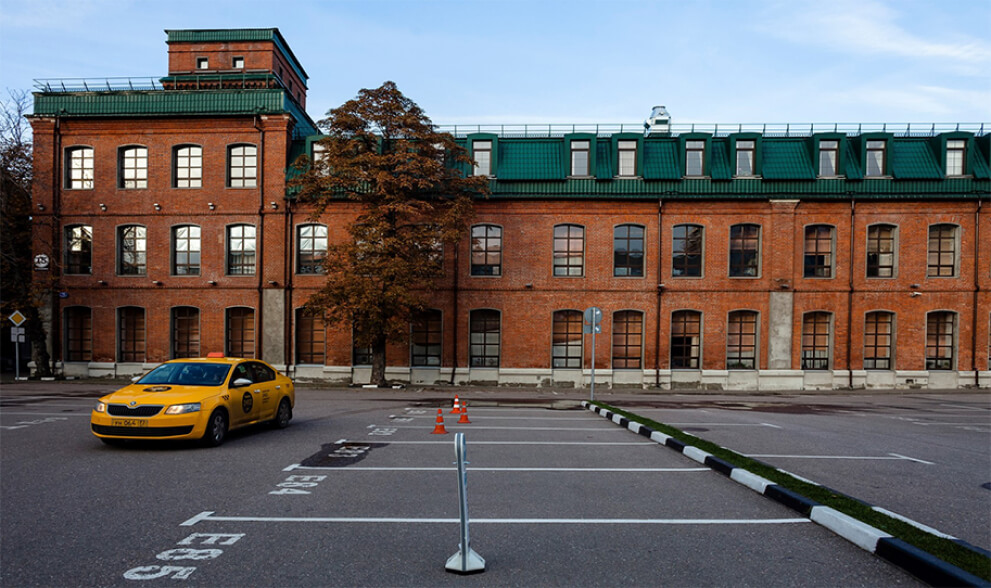 “There are plenty of coffee shops in Moscow but I keep coming back to Coffeemania.”

The Best of Red Bricks

As the office market in Moscow has grown more sophisticated and finicky, so so has the demand for non-traditional office space. The first loft offices appeared early 2000 and were primarily located on or around the Third Ring Road and along the embankments of the Moscow and Yauza River. Most of them are redevelopments of the former textile factories built in the 19th century.

There are a number of loft offices of various shapes and forms but they have one thing in common. They must possess original red brickworks and are meant to be conducive to collaboration. Like London or New York where loft offices are getting trendier and thus more expensive, Moscow is following suit in the loft department. I have reviewed an evocative list of five safe heavens (some of them are loftier than the others) which I believe are true showstoppers.

Even before the terms charisma and magnetism were invented, Bolshevik was destined to become a promiscuous loft project reminding me of Vicious Games, an original song by Yello which later received a number of remix versions. Founded by the French entrepreneur Adolf Sioux and designed also by the French architect Oscar Didio in 1884 as a confectionery factory, in 2014 Bolshevik was redeveloped into a 80,000 sm Class A loft complex comprising office and residential space including a museum of the Russian impressionists exhibiting more than 70 paintings from the private collection of Boris Mints. Located northwest of the Garden Ring revitalizing the area of Belorussky Business District, the project is home to a number of consulting and media companies.

This is a 6,000 sm loft development highlighting a four-story building totaling 2,000 sm of beautiful loft space, originally a textile factory. Located within walking distance from three metro stations, the property enjoys a serene and secluded neighborhood just off major thoroughfares going NE and East. The loft building is stupendous with original red brickworks and large arch-shaped windows decorated with wooden T-shaped frames, and a cozy albeit relatively small lobby and reception area. With a typical floor plate of 500 sm which is divisible in half, the loft building is ideal for small and medium-size companies who prefer open spaces, high ceilings, and historical ambience. 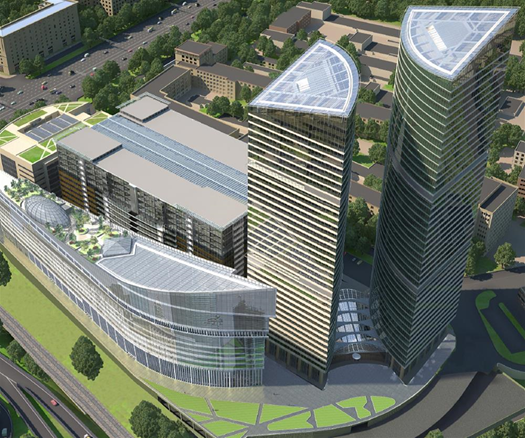 Flacon has been designed to preserve historical architecture of the loft space to attract all kinds of occupiers who seek non-conventional office space. Formerly a glass factory operational for 150 years and manufacturing perfume bottles, lamp skirts, and a variety of glasses, Flacon nowadays is a perfect place both for free agents and those working for the establishment united by one common lifestyle of creativity, design, and technology. Flacon comprises spaces of various format and use including offices, showrooms, galleries and studios, stores retailing anything from bikes to books and a bunch of coffee shops meant to provide additional break out areas and attentional space for thinking, day-dreaming, and value-creating. Having more than 200 tenants occupying 21,0000 sm of loft space, Flacon has become the centrepiece of cultural Moscow where office life is clustering around inspiring events bordering on the verge of entertainment and open-air flea markets.

Combining a total of 13 low-story office buildings of exposed red bricks, the history of Novospassky goes back to 1823 when it used to be a cotton chintz factory and later turned into a full textile manufacturer. In 2008 Novospassky was awarded The Premier Real Estate Award winning a title of the best Class B office building by CRE Moscow Awards. Tenanted by more than 150 companies, Novospassky offers 112,000 sm of loft space located on 9.2 ha of green landscaped territory adorned with a robust piazza and a fountain. The amenities on site are abundant and diverse ranging from cafes and meeting points to a wellness centre.

When Stan first appeared in the office market in 2006, it was an immediate game-changer catching fire in the loft market of open and collaborative spaces. Behind the loft facade of the 19th century building, Stan added a number of new buildings featuring glass architecture. Historically a gold- threading accessory factory and later a factory of electrical goods located on a 3.5 ha piece of land, this is now a shining example of sustainable development that has all the attributes of carefully preserved loft architecture and conspicuous design of the digital age. The project was designed by John McAslan + Partners and in 2011 received the RIBA award. This award was received by only 13 buildings in the world. There are plenty of loft spaces in town but I keep coming back to Stan with its 5-meter loft ceilings, huge windows, pristine brick walls and steel beams, and finally a green courtyard where you can also collaborate with a cup of coffee and an iPad. 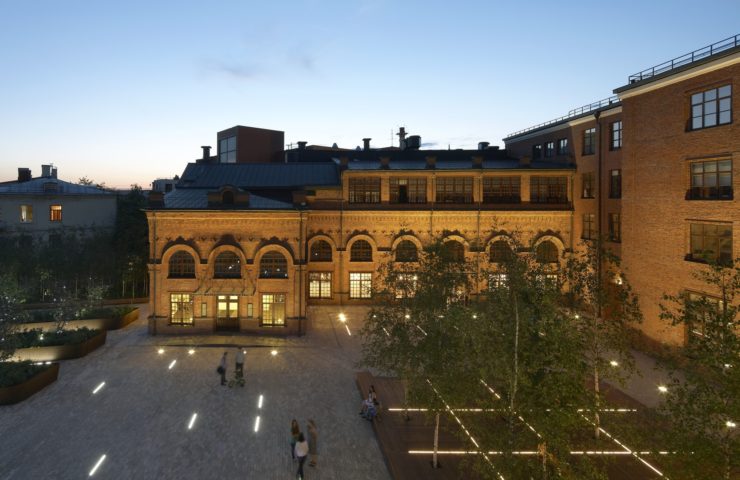 Hugo Boss has recently moved in to a new office at Neva Towers in Moscow City. The office is located…